Reposted from an e-mail from SPBW VP Dominic Cantalupo:

"Many of you know that The Wharf Rat in Baltimore @ Camden Yards has new ownership and they have retained Brewer, Steve Jones. The new ownership group is looking to create a re-birth and new commitment to area Ale fans and the homebrew and beer industry groups. Coming next Saturday, January 3rd The Wharf Rat @ Camden Yards will host the 1st ever “Blues with Brews” night featuring Baltimore’s Rockin’ Blues Band, Black Falls. www.myspace.com/blackfallsband.

They will have multiple firkins at only $3/pint, plus $3 select Oliver’s Ales, $2 Rail drinks all night, discounted food specials and prize giveaways throughout the night. Showtime should be around 9pm or so. They are located at 206 W. Pratt Street, Baltimore, Md. 21201. Brewer Steve Jones will also be there to meet and greet fellow home brewers and beer enthusiasts."

Probably-needless disclaimer: Cantalupo is a member of Black Falls.

Yep, the news is out. From http://www.blobspark.net/:

Your entertainment will be the fabulous Charm City Sound Band playing from 9 pm to 1 am.

Cost is $50 per person and includes admission, buffet, entertainment, and party favors. There will be a cash bar available.

Due to the late opening announcement, anyone who has a ticket to a New Years Eve event elsewhere and can present it at the door will be granted free admission after 10 pm if they would like to ‘Ring in the New Year at Blobs’. Call 410-799-7130 or e-mail Blob's Park (e-mail at their website) for reservations.
Posted by Alexander D. Mitchell IV at 12/27/2008 No comments:

Ridgeway Insanely Bad Elf 11.2% in bottle, imperial red: WONDERFULLY rich and decadent in flavor, but the 11.2% is well-disguised, seemingly more like an 8% IPA. Sweet red, almost notes of cherry/fruit cocktail.

Mystery "pour me whatever's open" glass, so we know it's bottled: cloudy tan color, weird "skunk cabbage" nose--although nicely tasty with a lot of funky sweet-tart things going on, the overwhelming opinion around the proverbial "table" is that this bottle is "skunked". Casey assures me it's not--Theirez Noel from France. Yeah, I could order this again--with mussels, maybe.

Struisee Tsjeeses (gesundheit) 330ml bottle 10%: brewed with spices, cloudy tan with little bits floating in it. I'm thinking in terms of spiced pears, sweet with a touch of funk.

Troegs Mad Elf 2007: zounds, whatta braggot. Almost syrupy, what with its blend of cherries, honey, and malt. That same outrageous meld of cherries, smoke, honey smoothness, and alcohol. Wine-like in its palate and assault.
Posted by Alexander D. Mitchell IV at 12/16/2008 No comments:

Wells on York Road got in their shipment--ten cases, 120 bottles--this morning.

They report Bond Distributing got 400 12-bottle cases, and they were sold in only two days to the various retail outlets.

I want nominations for the CHEAPEST craft beer one can find!

It HAS to be beer I would voluntarily pay for. Lower-echelon is OK (light Kolsch or pilsner), just as long as it's cheap!

Christmas Beer Social at Max's on the 16th

Okay, seriously, is there anyone reading this blog that is unaware that Max's Taphouse in Fells Point holds a weekly Tuesday Night Beer Social?

Well, tomorrow's promises to be a doozy:

Of the ones I've had so far, I can't help but sing the praises of the White Marsh Winter Solstice--a rich, chocolate-laden beer weighing in at a relatively modest 5.5%. It was spectacular at the Brewers Art Xmas Beer Tasting, handily the best of the bunch there (although that could well be influenced in part by the "newness" of the beer as opposed to old standbys like Heavy Seas Winter Storm, Victory Hop Wallop, Dogfish Head Chicory Stout, Weyerbacher Winter, etc.). The Anchor Our Special Ale 2008 (and you must be a beer snob if you refer to it by its proper name, instead of the "Christmas Ale") is also in fine form, as is the Wild Goose Snow Goose.

I normally try not to take sides in the wonderful "turf wars" of online beer reporting/rating/blogging. I have enough trouble keeping up with my own stuff to pay attention to the other stuff out there.

But on one of my online beer lists today, someone posted the following in reference to Beer Advocate and the related website:

With all due respect, the Alstroms are very bad for craft beer and, as
such, their website must be removed from any list of credible sources
of beery info.

Still recovering from a night cold (my days are tolerable, my nights hell), but I have to report on three events happening simultaneously Thursday the 11th:

At Metropolitan in Federal Hill: a firkin of Troegs Hopback Amber, loaded with Liberty hops.

At The Wharf Rat-Fells Point, the monthly meeting of the SPBW. Show up, fill out a membership form and pay $10, and you get a year's membership. And beer that night--two firkins promised. (There is some unconfirmed scuttlebutt that, due to events related to the recent sale of the Wharf Rat brewpub downtown, that this could be the last SPBW gathering at this location. See it while you can. There may be a fire in the fireplace, to boot.)

Today's City Paper carried ads for the new bottled Resurrection, with a release date of the 10th.......

Anyone seen the bottles for sale anywhere?

NOTE: Photo below uploaded strictly for "parking" purposes, not related. 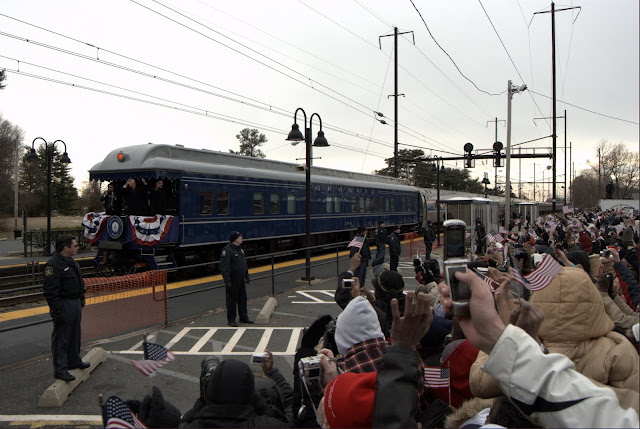 [Sorry for the lag in reporting, folks--I've been under the weather with a touch of flu for the past week. More updates to follow tonight--I hope.]

From Columbia, Md., we get this report from central Maryland's intrepid Paul Milligan:

The Second Chance Saloon opened Friday in Columbia's Oakland Mills Village Center, where the Last Chance Saloon once was. I spoke to some friends who went there Saturday night.
They said that the menu and beer selection are currently limited, and that the service was slow; however, they thought that each of those things could be because they had just opened the day before.

They've got a limited web site at
http://www.2ndchancesaloon.com/

Thanks for the update, Paul!