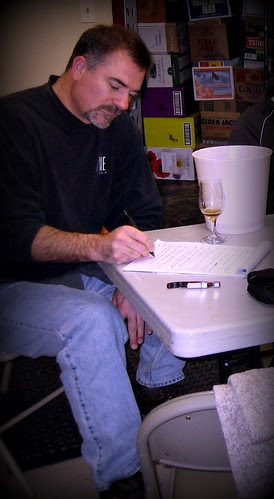 For those who didn't hear through e-mails or social media earlier this week, the Baltimore area lost one of its primary promoters of the craft beer industry in Baltimore with the untimely passing of Timothy Hillman, beer manager of The Wine Source in Hampden, on Sunday at age 49.

The Baltimore Sun's Fred Rasmussen has an obituary.

Hillman was one of the more important figures in the craft beer revival in Baltimore, working first at Rotunda Wine and Spirits in the Rotunda shopping center on 40th Street and then moving to The Wine Source along with boss David Wells.  Hillman may have been a major player in the craft beer industry in town, but he was also a more subdued presence than the brewers and salesmen, diligently working quietly in the back offices and helping build The Wine Source's beer selection to one of the best on the Eastern Seaboard.