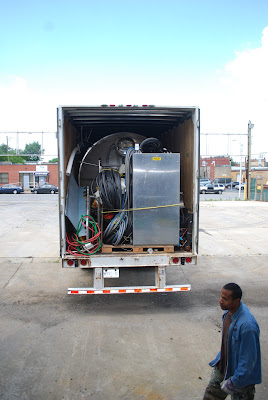 Just how full CAN you cram a truck, anyway?

The first of several truckloads of the barely-used 30-barrel brewhouse system from British Columbia was unloaded at the future Raven Beer/Peabody Heights brewery in "lower Waverly" on Friday.  They're hoping to be in production by September, and company president Stephen Demczuk reports that a few other companies are already inquiring about contract production, including a southeastern Pennsylvania brewery..... 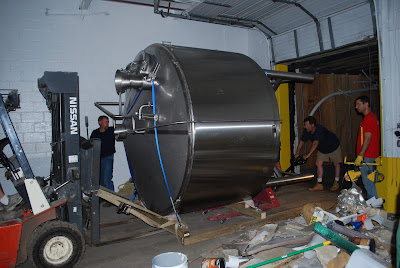 In spite of appearances, that mash tun DID fit in that truck, although they had to move the trailer to find a doorway wide enough to get it out! 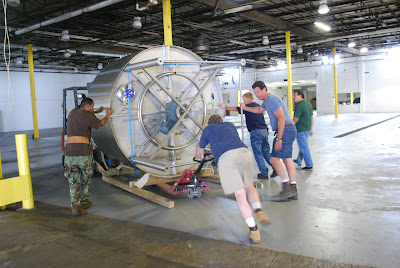 As can be seen in the background, there's plenty of room in the brewery for expansion. 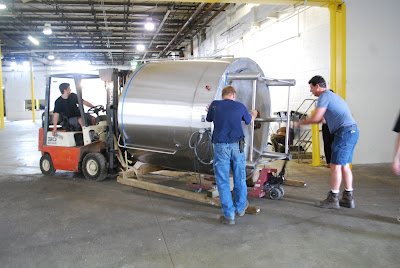