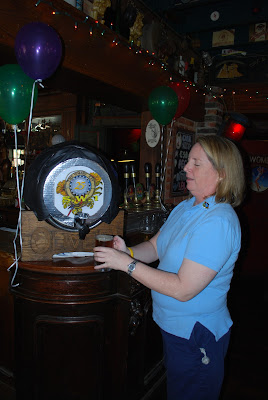 The Wharf Rat, one of the places where the craft/micro beer renaissance got its  foothold in Baltimore, celebrated its 25th anniversary on Sunday.  Here, Jen Oliver pours one of the first mugs of a "revival" batch of their original brewing recipe, S.W.1. 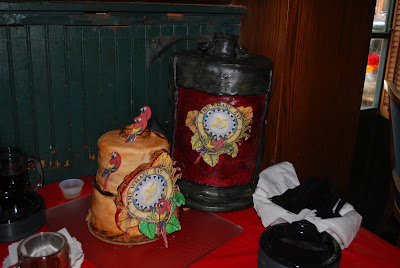 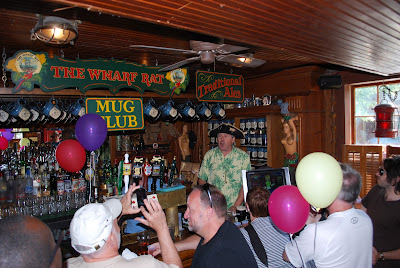 Bill Oliver orders the issue of the "daily rum rations," a practice discontinued by the Royal Navy in 1970.

Meanwhile, at what had been the second Wharf Rat with a brewpub, tonight marks the conclusion of the "War of 1812" brew-off between the two in-house brewers:


At 6pm on Monday at The Pratt Street Ale House the ballots will be counted and one of us will stand victorious, the other paying a forfeit of the victor's choosing! To celebrate we'll be tapping two special oak barrels, Rule Britannia with Bramling Cross & Juniper Berries and God Bless America with Amarillo & Grains Of Paradise. We'll also be tapping a blended firkin dry hopped with Bramling Cross and Amarillo just to prove that we can still get along after all of the trash talk of the last couple of weeks! I hope you'll come along and celebrate/commiserate with us on Monday. $3 pints of 1812 cask and draft all evening!