Is Maryland Ready for Booze in Grocery Stores?

It's always easy to tell someone from Maryland--or, for that matter, Pennsylvania or Delaware--in a grocery store in much of the rest of the nation.

They're the ones doing double-takes at coolers or aisles full of beer, wine, and sometimes even spirits in grocery stores, and in some states even drug stores, warehouse club stores, and convenience stores.  if you really want to watch their heads explode from confusion, show them a "drive-through" liquor store. 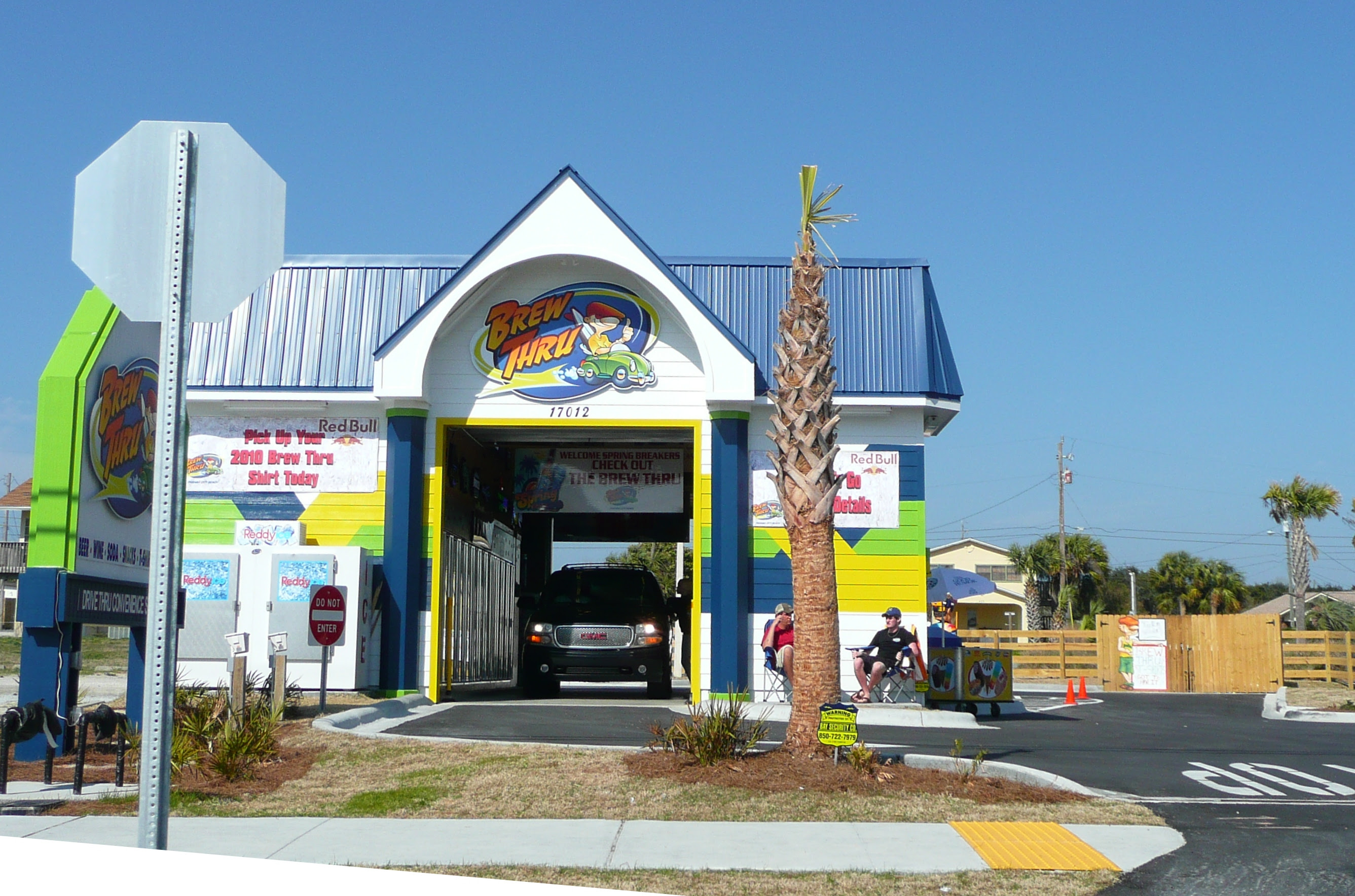 Marylanders may be next to join the vast majority of states--44 out of 50-- that allow some form of booze, mostly beer or wine, in grocery stores, though some states put further restrictions upon those laws (Colorado, for example, only allows "3.2%", or 4% by volume, beer in grocery stores).

Technically, a scant few non-liquor-store locations in Maryland offer booze, such as a particular Rite-Aid drugstore downtown and a few single-location or few-locations gourmet grocery stores such as Graul's that have "deli" take-out licenses.  (Another offbeat exception: The Old World Delicatessen & Market on the western fringes of Randallstown.)  But "beer/wine in grocery stores" is generally understood by most Americans to mean you can walk into any Safeway, Giant, Albertson's, Walgreen's, Piggly Wiggly, 7-Eleven, or the like and find six-packs of beer and/or bottles of wine.  (Piggly Wiggly, a denizen of the South, even has its own brand of beer, Pig Swig.)  That is most assuredly not the case in Maryland.

Tonight, news made the airwaves and webpages of a poll, commissioned by Marylanders for Better Beer & Wine Laws:

The latest Gonzales poll done in September shows that 64 percent of those surveyed said they favor being able to buy beer and wine at shops like grocery, drug or convenience stores.
The survey shows that 31 percent were opposed to the idea, while 5 percent offered no response.
Those who were surveyed were pulled from every region of the state, and the findings show that women like the idea slightly more than men.
The poll indicates that voters in the Baltimore suburbs feel the most strongly about it, followed by those on the Eastern Shore.

The full poll report is here (PDF from WBAL-TV website).  The support was spread across every region of the state, and across gender and party lines.

Ellicott City Patch got a similar response in an unscientific survey of its readers in May 2012.

Should Marylanders enjoy a wide-open market for at least beer and wine, like most states enjoy?

When asked about this in the past, we've typically responded "Be careful what you wish for--you just may get it."  The idea of booze "available anywhere" brings with it a multitude of problems, for the fans of finer products at least.

For this discussion, we'll disregard the arguments about supposed lax enforcement of age restrictions, liberal availability equating increased intoxication and drunk driving, etc. supposedly resulting from a more free market for alcoholic beverages.  These arguments are typically framed in a larger pro-alcohol or anti-alcohol agenda, driven almost exclusively by emotion, control, and dollars rather than reason or rationality, and are typically riddled with seriously questionable "science" and "studies."

What would happen if Wal-Mart, Target, Giant, Safeway, 7-Eleven, Royal Farms, and others got into at least the beer and wine trade in Maryland?  If experience based on other states is any indication, several things would happen:
The latter is important to the craft beer market and microbreweries.  It's become almost impossible for any but the smallest or laziest liquor stores in this region to get by without offering at least some token "craft beer" besides the members of larger brewers/distributors' joint portfolios--Blue Moon, Shock Top, Goose Island, Fordham, and the like.  Dogfish Head is fairly universally available, for example, as is Heavy Seas.

But once distribution focus shifts from serving a multitude of independent liquor stores (and that's what they are here--no chains like Total Wine, Spec's, BevMo, or Beverage Warehouse) to grocery chains, the game changes.  It's no longer important who can load up a van and run from store to store, or running a truckload to the distributor; now it becomes who can deliver by the trailerload, or even the railroad-car load, to the grocery chain or big-box-store distribution center.  Unless a local or regional manager is diligent enough to work the extra effort to be inclusive ("We Sell Local!" or the like), craft products get lost in the shuffle.  The shops, either specialty grocery or liquor, that focus on a wide diversity of product will likely become fewer and further between, offering the average consumer less exposure to the "new and different" and making the craft drinkers harder to find and interact with.  Fewer outlets could well equal less consumption, especially if beer and wine go more "mainstream" with availability in groceries and major chains.

Now, none of the above is a given.  If there is a way, any way, to mess with the basic economic theory of the marketplace, American governments have found it, considered it, and probably tried it, at least when it comes to "control" products like alcohol.  The alcohol marketplace is among the most distorted in economics, with efforts at government control and the various ways to circumvent and abuse said controls all rampant.  Our neighbor to the north, Pennsylvania, has their bizarre "case law," where beer has to be purchased at retail by the case except in "take-out" six-packs at inflated prices, and an antiquated "State Store" system that survives like North Korea in spite of enormous unpopularity and numerous efforts at its killing (a whole blog does nothing but advocate the end of the Pa. Liquor Control Board).  But Pennsylvania still has a terrific brewpub scene, with brewpubs not only in places like Philadelphia, Harrisburg, and Erie, but in little towns such as Manheim, Selinsgrove, Millheim, Danville, and Duncansville.  Delaware, the "No Sales Tax State," has excise tax levels on beer that elevate its retail prices without sales tax almost up to Maryland prices with taxes.

Do we want the ability for "one-stop shopping" for beer and food?  Sure.  But this writer wants far more the ability to not have to flog to multiple stores to find something he wants to drink.  And he doesn't trust the grocery stores to carry it.

Not that we're buying that much retail booze locally.  Between the increased sales tax and the Baltimore bottle tax, we're buying more cask in bars, growlers, and out-of-state bottles anyway.
Posted by Alexander D. Mitchell IV at 10/08/2012

I think the grocery store model works well and you can get a good selection of craft beers if you have high end grocery stores. In Florida there is a big difference between what you can get in Walmart vs Whole Foods. That being said, the Whole Foods in Orlando has a whole bar that samples craft beers and wines. Wouldn't that be nice!

The bigger issue in MD, especially in the city, is Sunday sales. Can't everyone be open on Sunday? Then we would't be stuck paying premium prices to people who also serve "food". Especially in Southeast.