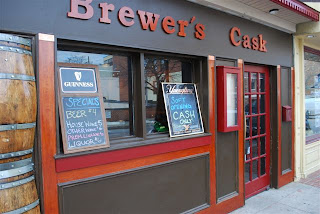 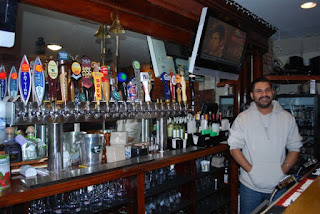 The new old beer bar in Federal Hill opened for a lunch market yesterday, within minutes of their liquor license being handed to them.  Unfortunately, the draft lines were still being worked on, and the promised cask and beer engine was not set up uet, but they're selling what bottles they have on site--a decent cross-selection of local, national, and international favorites--for $4 a bottle until the drafts are up and running--possibly as early as tonight.