1) Leinenkugel's Beer Garden "sneaked" open late yesterday, and expects to be open through this weekend for the Grand Prix and holiday.  Formal "grand opening" is Friday the 9th. 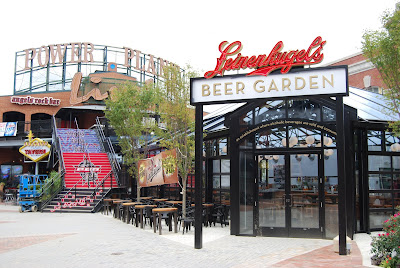 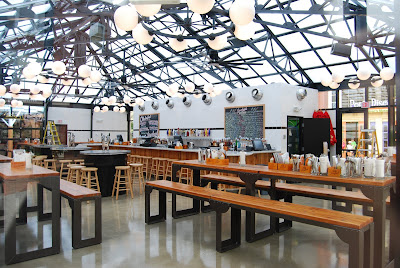 As can be seen from the photos, it's just as it says, a "beer garden"--straightforward taps, tables, and chairs.  Note three "TapMaster" self-service tables.  The prices on the chalkboard might give pause (or shock) to many a beer geek, but are pretty much what you should expect for a prominent, high-rent downtown location ($5-7 a pint, double that for a liter, with a few beers even higher).


Meanwhile, Joe Squared, right across the square (you can literally throw a stone from one to another) is finally pouring good beers.  In addition, Alewife Baltimore on Eutaw Street has its beer garden open through the race weekend. 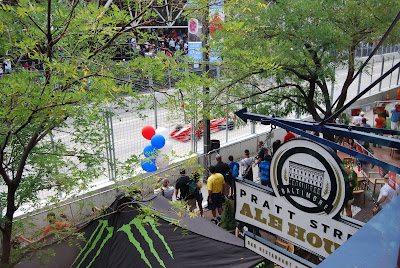 The center of craft beer in Baltimore this weekend, though, is the Pratt Street Ale House, for obvious reasons.
Posted by Alexander D. Mitchell IV at 9/03/2011