Happy Anniversary to The Brewer's Art 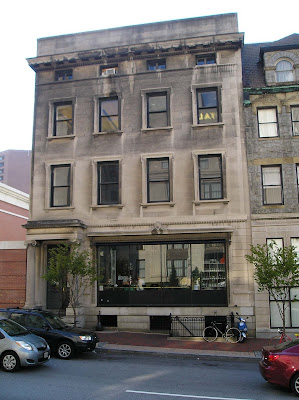 As co-founder Volker Stewart likes to observe, it opened for business on a Friday the Thirteenth, September 1996.

As recounted by Lew Bryson in his book Virginia, Maryland & Delaware Breweries (an excellent and underrated, if now slightly outdated, book),

Stewart was a librarian at the University of Baltimore, where he met founding partners Tom Creegan and Johey Verfaille through homebrewing, and they decided to open The Brewer's Art.  "It was almost a lemonade stand kind of idea," said Volker.  The :lemonade stand" came together over the next year and a half.

"It's hard to find brewpub space in Baltimore," Stewart said, noting the expense of Inner Harbor locations and the reluctance of Fells Point residents to allow yet another liquor license in their neighborhood.  But there are no residences on the block of Charles Street where the partners finally located, in the northern end of the city's Mount Vernon section, and the building, originally the "city house" for a wealthy banker, with a proud, column-framed entrance, turned out to be perfect for The Brewer's Art.

May we be lucky enough to have you all around for fifteen more years, Volker, Tom, Steve, and Rob.

I am told that the brewpub has tapped a 15th Anniversary ale, Bag Man, a Belgian porter.  More on this after sampling in the next day or so.

For the record, here are some other things that were happening around that time period in Mid-Atlantic brewing in mid-1996