The first Frederick Beer Week--half the length of Baltimore's in October, but still a noble start--is ongoing as we type and drink, but here are a few photos from the start on Tuesday night: 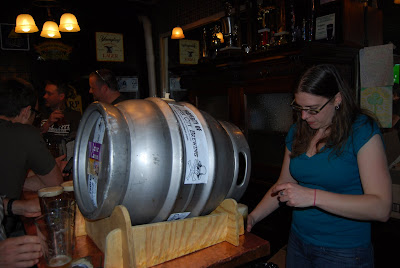 Firkin of Heavy Seas' Loose Cannon dry-hopped with Calypso and Deltahops, at Bushwaller's. 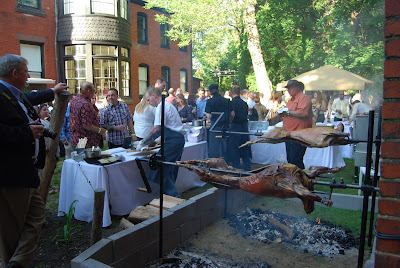 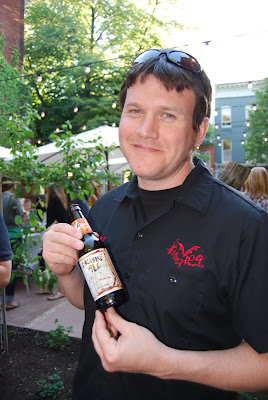 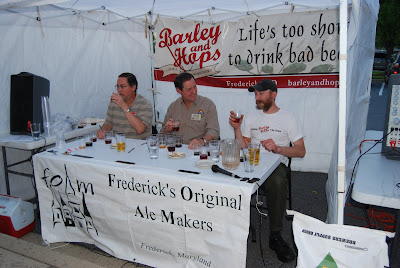 The backyard beer and buffet at Volt, featuring the debut of the joint Volt/Flying Dog collaboration, Backyard Ale, a 7.5% cherrywood-smoked amber, shown held by Flying Dog brewer Matt Brophy.  More on the beer here; it should be in the Maryland markets in mid-June after a second "debut" at SAVOR in D.C. June 3-4.