This year's Baltimore Beer Week is going to be different from last year's.  If nothing else, Ruddy Duck is coming up to the Timonium Oktoberfest, and the Chesapeake Real Ale Festival is expanding once again. (over 40 firkins promised) AND there's the Sunday Baltimore Beer Festival in Canton. 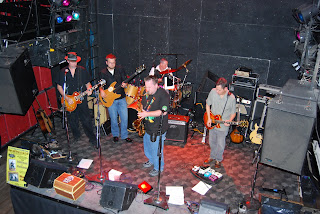 But this year, the emphasis will be more on quality than quantity.  Rather than simply pack dozens of liquor stores with free beer samplings courtesy of the breweries, there will be a few more wide-ranging and diverse events.

Firkins and Fried Chicken peaked my interest. T-Bonz seem to have a good string of events for the week.

Thanks for the shoutout! The Dirty Marmaduke Flute Squad show at The Windup will also be a Raven Special Lager Pint Night! $5 for the first beer and you keep the glass, and then $2 for each additional pint. Should be a blast!