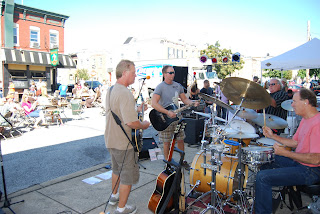 THREE beer fests going on this weekend: DuClaw Real Ale in Bel Air, Heavy Seas Bacon & Beer (sold out), and Max's Taphouse German Beer Fest in Fells Point.  (Oh, and "Waynestock" at Mahaffey's in Canton, but that's more about the block party than just the beer--photo above from last year's.)

Dave Benfield of DuClaw just slipped me the cask line-up for the Duclaw shindig:


Stoudts, Red Brick and Troegs have not yet informed us of what they are bringing.

Benfield reports that about 60 tickets are left, and online sales stop Thursday evening; any remaining tickets will be available at the door on a first-come, first-served basis. 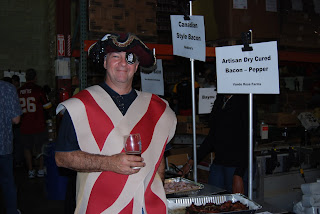 The Heavy Seas/ Clipper City shindig is sold out, so y'all that are going there will get what you get.  And it's likely to be very good, if last year was any indication.  Book your cardiologist appointment now.  And look out for that character above.